All my work centers around love. My book of poems about love in its many forms is broken into six sections based on the Greek words for love.

Do You See What I See? 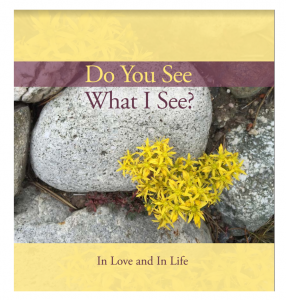 Do You See What I See? is a book about love in its many forms… Love for a parent, a child, animals, friends, earth, lovers, strangers who change your life in 30 seconds… It is comprised of love poems and photos.

The Greeks believed one word could not encompass all that love is. So I’ve taken a page from their ancient playbook and created six sections on these various forms of love:

Zan’s Travel Journal and Workbook are fun for adults and kids alike.

Zan’s Travel Journal includes 25 of my favorite travel quotes with writing prompts that tie to the quotes for adventurers who wish to capture their experiences, but aren’t likely to sit down and write without prompts.

Zan’s Travel Workbook is for those who wish to have a blast while planning their trip. It includes creative exercises.

The Storyteller and The Great Big Ball are part of a children’s book series that follows the adventures of a girl named Mila, her sister Brinley, and their fantastic animal friends.

Diary of a Small Dog

By Monkey Beranek with an Introduction from Suzanne Beranek

Diary of a Small Dog follows the adventures of Monkey and her friends: Blue, the Husky; Spike, the world’s tallest horse; Derek, Spike’s mate; Czar, the black draft horse; and kitties Pickles and Fuzz.

Monkey’s shares her diary entries involving fear and darkness, wolves, rattlesnakes, foxes, and more. She talks of her travels from East Coast to West to beyond the states and into Great Britain and beyond. She takes you along on trains, planes, automobiles, and hikes from the French Alps to the San Juans.